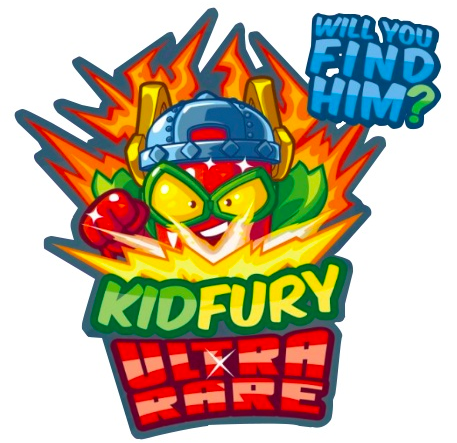 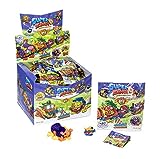 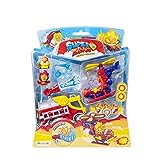 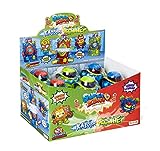 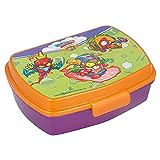 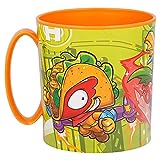 This new series is focused on trains, we will have vehicles on rails and SuperThings with a desire to drive their trains and wagons.

Besides, our SuperZIngs learn to fly. They have wings, layers, jetpacks and anything that allows them to fly.

While we wait for the Series 5 you can buy this:

💥 The launch of SuperZings Series 5 is scheduled for the week of January 20th, 2020, and can be booked online

Our friend Angel sent us these pictures:

A fan sent us images that seem to have been taken without permission that we have had to remove.

In case you didn’t find the biscuits from the previous series, here they are:

We already have the first images of the ultra-rare of the 5 series. This makes us think that with the arrival of the new one we will have the 5 series in the market, even before the foreseen.

Everything indicates that it is the evolution of some of the SuperThings you already have in your collection.

We are waiting to be announced by the official brand to confirm this news. We will tell you about it in this page, based on information that we are finding on the internet in different pages.

A fan has sent us this morning a picture of what supposedly will be the SkyRacers boxes:

An image of the new AeroWagon that is going to be released.

About the SuperThings Series 5 where new flying characters can be seen.

The previous series have been a success, so we are already nervous about what the new 5 series will bring.

▷ Get to know in depth SuperThings Series 5

🎥 Have a look at all Series 5 characters in this video

The children are like that, they haven’t finished playing with the Series they have and are already asking for the next set.

👏👏👏 A fan called Nico has sent us a list, which we can’t say is the real list. As Nico tells us, this list is already circulating on the internet:

These are the 6 new teams that are supposed to come out apart from the ultra rare Kid Fury. This morning a fan has sent us this image where you can see the 6 captains and the shields of each new team.

According to what we have been told the large vehicles of this new 5 series will be trains. They are going to take out 4 different models.

🚃 AeroWagon: Train wagons to be attached to the locomotive

The wagons that we can connect to the locomotives (SkyRaces) will come in smaller and cheaper envelopes.

We assume this, but as in previous series they have been brought out like this, we assume that they will be small wagons that we will connect to play.

According to Nico, 8 different AeroWagons are coming.

👉 When does SuperThings Series 5 come out?

We read that MagicBox Toys is planning to launch Series 5 in January 2020. According to our fans, the launch is scheduled for January 20th.

We’ve already read interviews with their manager, and it seems that everything is ready for the launch of the five series in January 2020.

If it happens the same way as last year, they will be released at the end of January, which was when they launched the series three.

We still don’t know if they will have a special name or the characters that will come, but we will be updating this page as information comes in.

For now, what we have are the words of one of the company’s managers, who, speaking about the new chocolate eggs, announced this date in an interview.

“And, on January 2020, we are planning to launch the SuperThings Series 5 with new characters and a new line of toys”

SuperThings based on rails, trains and wagons.

There will be 6 new teams, as in previous series, accompanied by special vehicles. According to what we have read on other websites they will be called AeroWagons and SkyRacers.

They look like big vehicles that go on rails like trains, smaller ships in boxes and cheap envelopes with wagons that are connected to the locomotives.

We are waiting to have images of these new launches to put them up.

The manufacturers of the famous chocolate eggs, which are not yet on the market, have said that due to the demand from previous orders for the first series of 16 figures coming up, they are already working on a second one, but it is certainly not for the launch of the fifth series of SuperZings.

Although we can neither confirm nor deny anything, they could surprise and with the release of the 5th series also bring out a new series of chocolate eggs.