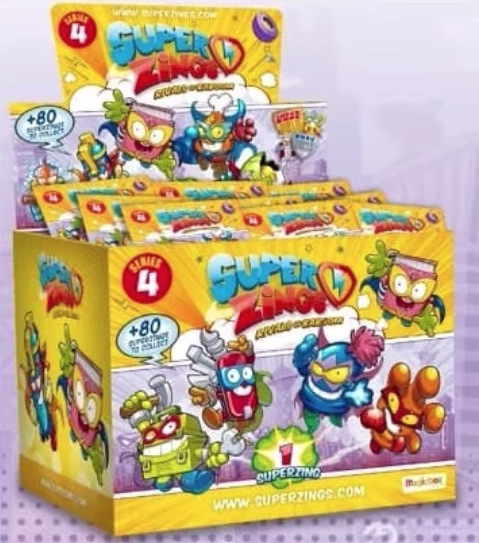 Sign up for our newsletter and we will keep you updated with SuperThings news. 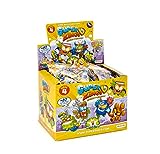 Here you have the first images of the awaited series 4, so that you can see the new characters that are going to come out.

The previous series have been a success, so we are already nervous waiting for the new Series 4.

We can already have some news for you. To start, images. You can see some characters in these photos.

We don’t know what their name will be or all the characters that will come, but we are going to give you some clues and provide you with all the information we have at the moment.

These are the words of one of the Magic Box managers, the company that created this series of characters that have driven millions of children crazy.

Julia Cake from Magic Box Toys, said: “We are very excited about the fourth SuperZings series. It’s an innovative brand that continues to grow at a rapid pace. We know that we have created a really nice concept with a very popular theme. Each new series sees its own point of difference”

This is already old, and you have them in the shops. If they have not yet arrived in your city or town, you can buy them online.

According to the managers of Magic Box Toys, which manufactures these fun characters, the launch date of Series 4 will be August 23rd 2019.

We hope they will launch it for all countries at the same time. The previous series was launched worldwide on the same date, although it took a few days longer to reach some countries. Let’s hope that in this case it will be the same and we can all enjoy the series 4 at the same time.

We will release the entire series 4 on the same day in August.

✌ How many new characters will the Superzings 4 series bring?

The new Series 4 collection will bring 80 new characters, and as in previous collections, there will be rare and ultra rare ones.

There will also be accessories and new boxes with fun elements and vehicles. More fun things for the world of SuperThings.

So now you can make room for this new series. We don’t know the equipment and names yet. We’ll put them up when we know them.

Blaster Jets. 8 new vehicles that take the battle to the highest and most fun level.

These new vehicles are said to fire a disc, which they carry as a weapon built into the car. A super-powered weapon that is activated by pressing a button, thus knocking down all enemies.

It looks like they will come out at the same price as the previous series.

Because of the name, we think that they are flying machines of the latest technology. Until we see them we won’t be able to get an idea of how cool they are.

8 different models will be launched

These machines are super-powered and ready to break the sound barrier by flying through the air.

If you join the Mega Jets to the Super Blaster Jets, you will have a unique vehicle that knocks down all the enemies.

As announced by the manufacturer, they will release an initial pack or blister that will include an envelope with an Ultra-Rare SuperThings, a unique and exclusive Blaster Jet and 3 normal SuperThings.

This is a great way to get those characters as they are very difficult to get in normal packs.

We do not yet know the price at which they will come out in all countries.

Also not to be missed in this new series are its famous cans, which are also widely used by children to store their entire collections.

The cans are very cool and beautiful, all the kids love them.

In the new series 4 the cans include five exclusive Danger Gang villains.

They have also announced that they will release blister packs. Small packages, containing 4 SuperThings from the series, including a special silver one.

It is one of the best purchases you can make to have all the new characters.

Apart from everything we have mentioned, they are planning to launch new toys based on the characters from the previous series, but not everything has to be new in Series 4.

It seems that they are also going to bring out some chocolate eggs with special characters. Here we leave you with an image that seems to be real. There will be 16 new characters in the collection.

It seems that they will not only be series 4 eggs. They will be a permanent SuperThings eggs that will be available at usual places such as supermarkets, candy shops, etc.

These eggs will be about the battle of chocolate, and the characters are based on this theme:

We assume that if they are successful, these 16 will be the first, but then they will expand the series, so we will soon have to create another section for the special collection of chocolate eggs.