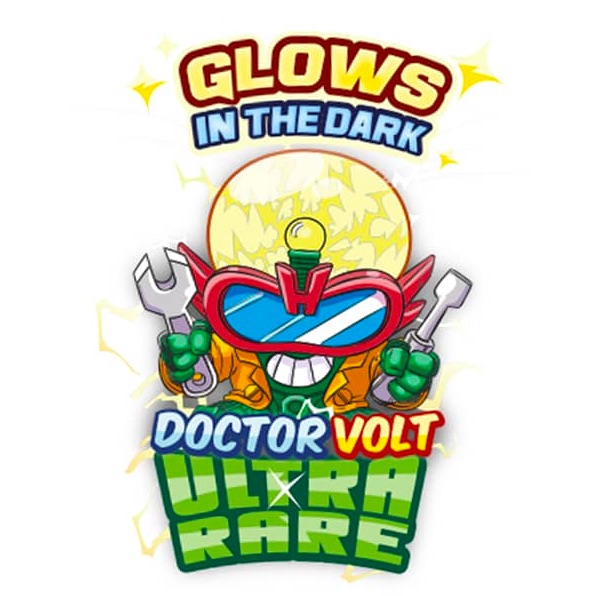 SUPERTHINGS RIVALS OF KABOOM - Battle Spinners -...
£6.79
Shop now
💥 Check if they are available on Amazon

We believe the name for the new SuperThings series will be SuperThings Power Machines although some people will simply call it SuperThings Series 7.

When will the Superthings Series 7 Power Machines series come out?

🚀 If everything goes the same as in the last releases SuperThings Powe Machines will be launched on January 29th 2021. There are already rumours about the new products. Let’s hope that this year they will be ahead of schedule and arrive before Christmas.

Every year Magic Box brings out its new collection for the end of January. If the tradition continues, the new Series 7 will be with us before the end of January next year. We already know its name and the surprises it brings.

The new collection will be named Power Machines. If we follow the original numbering, it will be the seventh SuperThings series Magic Box releases. New 80 characters will be launched plus a new Ultra Rare character.

Once again we will have the opportunity to collect new SuperThings vehicles. These are the PowerJets.

Each packet contains a SuperThing and a special vehicle. There are 8 different ones to add to your collection.

✅ Each PowerJets has a different special attack.

Robots are back in the SuperThings Powe Machines Series. There are 4 new ones: Steel Boxer, Cyber Flame, Iron Ninja, Metal Thunder.

Four new robots will be released. Each robot has a special super power.

If you buy this new blister, this is what you will find:

For those starting the collection the best thing to do is to buy this magazine. It contains the following:

In this video you can already see the new ultra rare. Doctor Volt is here!

When does SuperThings Series 7 come out?

🚀 The date everybody is talking about is 29th January 2021

The last Secret Spies Series was launched just in September but it seems Magic Box is ready to surprise us with this new Series. If the rumours are true, the SuperThings Super Machines will be out by the end of January.

This year, even with the Covid19, they’ve kept the same launch dates of previous years, so we think we will start collecting them early next year.

We will keep an eye on the news in order to better specify the release date of the 7 series.

Will the new Power Machines become the Series 7?

This summer, with the launch of the first series of Secret Spies, the SuperThings changed their name, and restarted their numbering. Now they do the same with Power Machines, starting another series 1 of this saga.

This new seventh SuperThings series does not continue the previous Secret Spies Saga. Magic Box have decided this is the begin of a new saga of powerful machines, with new vehicles and robots.

We will continue to keep an eye on the news in order to better specify the launch date of the 7 series.

We don’t know how long they will continue to release the Secret Spies Series, but everything points to it lasting a while.

MagicBox never cease to amaze us every time they bring out a new series. This time they bring us the the first glow-in-the-dark SuperZing, the Ultra Rare Doctor Volt! ⚡ But there is more:

What is the SuperThings Power Machines Ultra Rare character?

The Ultra Rare of the new series is called ⚡Doctor Volt⚡. He is a robotic genius, hence his light bulb shape.

What is Doctor Volt super power?

We still do not know for sure but we can guess this is a super intelligent Super Thing that can use the energy in his head to create Power Machines.

Is Doctor Volt a Hero or a Villain?

Some say he is here to come up with good ideas and fight on the right side. Others say his will light up when he is ready to attack and destroy everything as a villain.

We will see which side he is on very soon!

Psst! We have a clue for you. Doctor Volt has a big “H” in his glasses.

Is Doctor Volt going to be Oculus Max’s rival?

Everybody on the Internet is asking the same question but we still don’t know much about this new Ultra Rare Character. We believe the new Youtube stories will help us answering this question.

This new Series is about machines. Will the Doctor be powerful enough to fight Oculus Max? Is he able to create a machine to beat Oculus? We’ll see!

How does the new Doctor Volt ultra rare Power Machines Character looks like?

Ultra Rare Doctor Volt wears a yellow jacket and carries tools he has used to build robots. He also wears red glasses, with the letter H.

How does the new Doctor Volt ultra rare Power Machines Character looks like?

Ultra Rare Doctor Volt wears a yellow jacket and carries tools he has used to build robots. He also wears red glasses, with the letter H.

How many SuperThings will come out in the 7 Series (Power Machines)?

What are the new Super Rare Gold Characters?

The new Series Gold Characters are called Helix High, the hero and Rig Claw, the villain.

We can expect, as it happened in the previous series, that they will bring out new vehicles and accessories for the SuperThings, but we still don’t know what kind they will be. Will they be flying vehicles, terrestrial or robots?

Where to buy the New SuperThings Power Machines in the UK?

Although we still do not have official confirmation from the big retailers we are sure you will be able to buy the SuperThings Power Machines in your usual shops.

As always the best offers and product range is always at Amazon. Take advantage of January Amazon’s cheap prices and their quick delivery service.

Amazon always guarantee you product quality and excellence in delivery. If you are an Amazon Prime member, SuperThings Power Machines will arrive at your door within 24 hours.